Why I prefer to listen to music on vinyl. 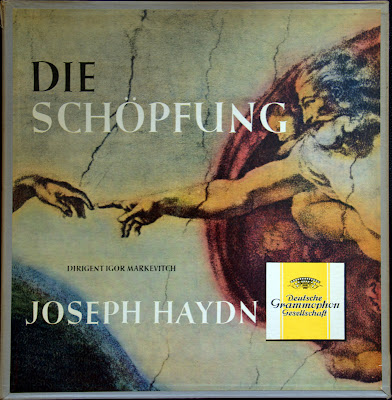 I can still remember as a youngster growing up in South Africa the thrill of going downtown with my mother and visiting the local record store in Belleville near Cape Town. She would allow me to pick out a single of my own choice and I would agonise over each and every purchase. I recall vividly the drive home, clutching my new treasure tightly in my hand, the anticipation being so strong that I would feel almost giddy with the excitement of it all! Finally we would get home, and the engine of our white Peugeot would hardly stop before I was out and making for the large "all in one" music center my parents had back then. It was a large wooden affair with separate speakers that seemed very big to me as a rather small nine (or thereabouts) year old. My mom would graciously let me listen to my music first, which largely consisted of some kind of pop song that happened to be my current favourite from Springbok Radio's friday evening "Top Twenty" show. (Remember Springbok Radio?) On the "B" side there was normally some much less desirable song that the band or maybe the record label put there simply to fill up the other side without giving anything worthwhile away, damn them!

There was always music on in our house, and I knew the words to almost every song. My mother was the great influencer of my impressionable young developing ear as she played a wide variety of music from Elvis to the Beatles, Beethoven to the Don Cossack choir, and also some albums full of "Moog" music tossed in. My musical tastes are still incredibly varied. Thanks Mom!

Several years passed and I had built up a significant collection of vinyl records and had my own hi fi system in my room behind my parents house in Pretoria. My friends used to come over to hang out at my place, have a few (or several) glasses of wine or beer in my cigarette smoke filled room while listening to Pink Floyd, SKY, Rodriguez or Jim Croce records while we discussed and solved the problems of society and the world in general, bemoaning the fact that humans couldn't just "get on" with each other in a spirit of peace and love.

We had high ideals and higher aspirations, but at the heart of it all was the music that served to shape and form our ideas beyond the apartheid government confined ideology of South Africa during the early eighties. We were free from the dreary realities that confined all those "other" people to their meaningless existences and their dreary lives of working for the "man", the oppressive "system" that we had been able to see through and break free from. We had the music artists of the day to thank for all this, and I am not sure we appreciated quite enough how much they changed and shaped our lives and thinking for the better.

Then in the mid-eighties the unthinkable happened. My entire record collection built up over many years was stolen out of my room. All of it! The worst part of it for me was the fact that nothing else was stolen, not the camera's in the room, not even the cash lying on my bedside table. Whoever it was obviously knew about the records and had only broken in to steal them, and them alone. My personal thought is that it was someone who visited together with one of my friends (I would never suspect any of my personal friends who were all honest beyond reproach) and had come back at a later date to relieve me of my very precious vinyl collection. I hope they met a dark and malicious fate as the big wheel of destiny ground full circle and crushed them under the weight of it's inevitable judgement! Either way I was devastated.

It took years before I had replaced even half of the collection I had before and then it was all stolen again, this time along with everything else in the small remote cottage that I was living in at the time amongst the rolling landscape of the "mink and manure" semi agricultural land of the upper class, horse-riding set of the political and industrial heartland of South Africa's richest province. This time it was at the early decline of vinyl and the ascendancy of compact digital as a medium.

For years I simply couldn't face buying and rebuilding another collection only to possibly lose it all to the wave of crime that was enveloping South Africa at the time. Crime still dominates the South African lifestyle, but that is a post for another day. Therefore I only had a handful of cd's and the bulk of my time was taken up by my career in retail and the daily rigors of marriage, children and earning a living. Also a topic for another future post.

Fast forward to the last few years, and a radical change of lifestyle, career and thinking. I am now living in Southern Sweden, away from the crime infested suburbs of South Africa, and I have a great sounding hi fi again and have also slowly started building up a collection of vinyl based music once more! This time it seems so much easier though simply because nobody listens to music on LP's anymore (edit 02-06-2016: this is changing fast and is reflected in rising 2nd hand vinyl record prices) having been seduced by the convenience that is digital based music. Even cd's have lost their allure as more and more people switch over to those horrible little compressed soulless horrors called mp3's. Life, and music has become about what is easy, convenient and many times disposable. But the upside is that I can go into a second hand store and buy a mint copy of Pink Floyd's Animals LP for an absolute pittance, and it sounds every bit as good as it did back when the album was first released. All the memories of my earlier days flood back, together with the moods, smells, emotions and thoughts that I experienced back then! I sit around and listen to music with my best friend (who I married by the way) and sip on a glass of well aged French wine while savouring life.

I have come to relish listening to music played on a proper record player again as a wonderful experience, something that digitally based music never was and somehow never will be, at least to my mind. Listening to the warm, rich sound of Harry Belafonte or Beethoven or Bobby Hackett resounding from my Snell speakers is like coming home every time. It's that warm fuzzy feeling one gets when you meet up with a loved one again after a long absence and just spend some quality time with each other afresh.

The debate about vinyl vs cd quality rages on and will probably never end, but the problem invariably with these debates is that they are almost always based on and discussed in purely technical terms. The well meaning folks who so passionately and heatedly discuss this issue on countless internet blogs all seem to forget one simple fact. Music is about emotions, feelings, experiences, and life. Music is not about how many hertz the human ear is capable of hearing, or how "clean" a sound can be. For me listening to music on vinyl becomes about something that is on a much deeper, almost spiritual level, whereas digital music excites me about as much as differential calculus equations. I apologise to all the mathematicians out there who really get turned on by calculus, but I think you get my meaning.

Vinyl based music is very immersive and the whole process of cleaning and maintaining records, keeping dust off the stylus, taking the LP out of the large and sometimes very beautiful cover, placing it on the platter, lifting the turntable arm and aligning the cartridge to the start of the first track correctly, lowering the arm, hearing the satisfying muted thump as it touches the black grooved surface, the slight hiss then silence, followed by the first strains of the music as your speakers come to life, sitting with the cover in hand as you look at the amazing art/photo, and then read the background to the band/music/coverart/singer etc. from the back of the album. Sip of wine. Wifes hand touching mine. Bliss. End of side one, turn over and repeat.

That's why I prefer to listen to music on vinyl.
Posted by Lanthus Clark on Sunday, September 15, 2013